11/10/18: noticed the audio stopped working. reuploaded zip file and it should be working now, but do comment if it's not!

This is a good game. But at the beggining it left me confused about the themes and my goals. The first few times I wondered "how can I survive?". A second playthrough made me think "am I a sleeper agent infiltrator? Am I secretly trying to infiltrate this community to subvert and destroy?".

After getting endings A-F I googled and found Kuntzelman's waypoint piece which clarifyied a lot of things. The analogy of vessels and indigenous spirituality became clear. The lesson of learning to listen and the inability of a colonial mindset to do so is great.

After getting the scene with the debate about the contradiction between nature and technology, then I was able to start thinking about what I'd played. But, at this point, I'm too close to be able to judge how well the game presents these ideas, how much people will be able to take away from it.

I get the scope of this game and the constrains it has, but I feel there's important questions this thematic has yet to answer.

A lot of sci-fi uses a bad definition of technology, which is almost invetible, being made at a certain time and, in the US, the dominant power in the world, and thus, by people subjected by a certain ideology and to please people under the same. Usually it equates the accumulation of technological things with modernity, and it with development, and that with a higher form of being, a betterment or emancipation of humanity. As a scientific category this accumulation definition is rather vague. It is the common sense understanding, and vague, because it benefits the dominant forces of the status quo. Amongst otherthings, it's used as justification for the economic and cultural subjugation of other societies.

I think cyberpunk can challenge that definition of technology and modernity. We don't see how more advanced the Hub is. The parallel needed to be shown is that more tech in the Hub does not translate to better lives. Usually, the juxtapositon made is more tech = oppression, authoritary, less freedom, less tech = more freedom. Not only it's overdone, some times badly done, it' s not valid to indigenous cultures. Indigenous cultures were more rigid in tradition, and had less individual freedom. Scarcity means no margin of error, you do what has worked before so the community can survive the winter. Failed experimentation can kill not only you, but your children and your neighbors' children.

While we think we have more individual freedom, not only, that is not true to everyone,  it's also conditional to how much money you have and which country we're born into. The individual freedom we enjoy does not go to the full extent of the meaning freedom. While we're free in this way, we're also less free than indigenous people in the sense they are more autonomous. Or they were more in control of their development and success until they were decimated by us. We have debts, bosses and government - manifestations of the interests of Capital - that rule over our lives. We can't work unless Capital decides it needs our labour. Indigenous people are free to labour for their own needs.

This goes back to the point of + tech = more advanced too. While indigenous communities did not make microchips and computers. they made a functioning society that made them more human and did not destroy themselves. Now we can see our society doing the opposite of both but our dominant culture and ideology says the opposite. Art can contest those conceptions. In the least, it can do it better than the verbiage of this post.

Hey, I'm getting an error saying "No valid storage adapters found" when I start or refresh the game, and can't get past it. Would copy the error text but the dialog won't let me. Is there anything I can do to fix that?

Hey! Weird, I'm not able to see the error on my end, would you mind sending a screenshot to gaby@brujeriaatwerk.com?

Is it ok to stream this Gaby?

I've gotten stuck at Ending A, even hard refreshing won't let me restart the game.

I'll take a look! Do you mind sending a screenshot/description to gaby@brujeriaatwerk.com ?

Hmm. I tried to get the screenshot but the game finally did reset. I'll send you a shot if it happens again?

Oh no! If you don't mind, could you pass along a screenshot and desc to gaby@brujeriaatwerk.com of the error? 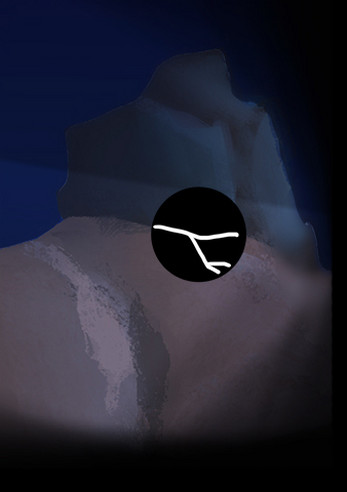